A Special Theatre Troupe: The Stars of Al-Kafaàt

A unique Theatre Ensemble rocked the stage at the Boulevard Theater in Chiyah this past Saturday. It was the Stars of Al-Kafaàt Troupe, with actresses and actors with special needs. 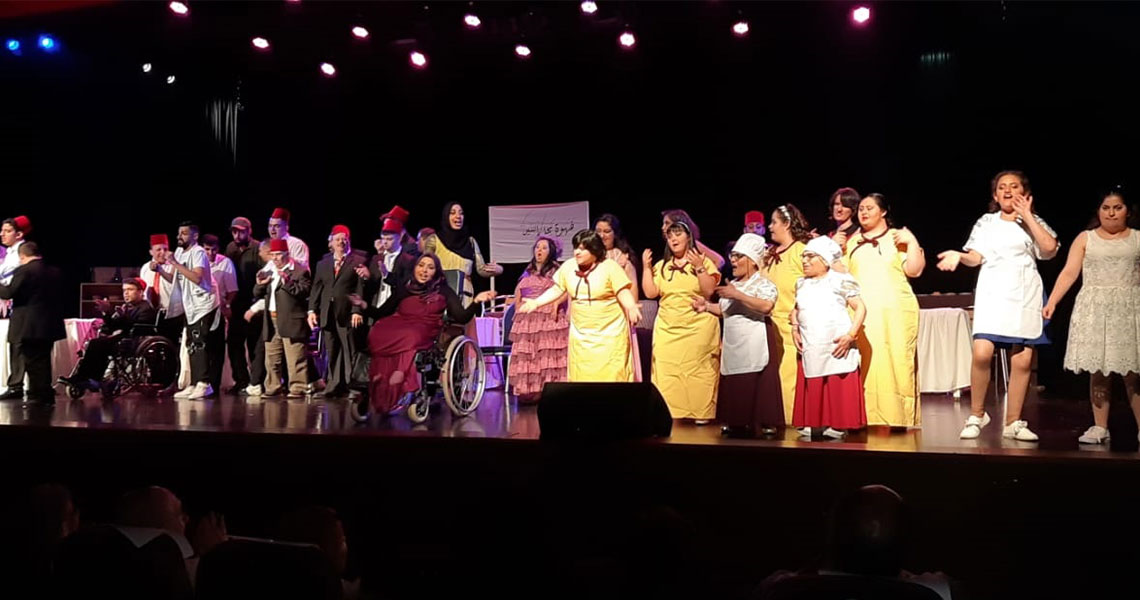 The Stars of Al-Kafaàt is an original ensemble that has been active for the past ten years in the Village Rehabilitation Campus of Al-Kafaàt. On this Campus, adults with Cerebral Palsy and Down syndrome lead a peaceful life in the loving Al-Kafaàt Community: they all work in sheltered workshops, and pursue a variety of activities as part of their personal and spiritual development.

Art and music hold a specific role in the lives of our adults. And although it is part of their rehabilitation, art – and theatre – has become a passion in their lives. Indeed, many have developed a knack for acting which resulted in 2017 in the creation of the Theatre Ensemble: Stars of Al-Kafaàt.

A first spectacular performance took place last year to a sold-out audience at the Chateau Trianon Theatre, when the Troupe played a popular play by the renowned actor Georges Khabbaz.

Building on that success, the Troupe doubled its efforts this year, welcomed new members in the group, and played to a full-house theatre in Chiyah this past Saturday a play from the famous artist Ziad El Rehbany.

It was an amazing evening that left the crowds asking for more. Actors from the original cast of the play such as Marwan Mahfouz, Georgette Sayegh and Georges Gibran Khabbaz attended the play and in an emotional ending, gave diplomas of honor to each and every member of the Troupe.

If all the world’s a stage, then truly its players have no special needs. They are simply shining stars!